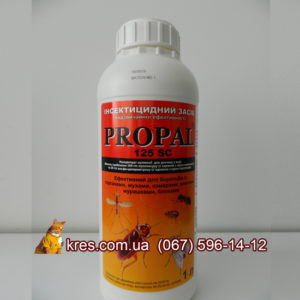 Fumigation (from the Latin. Fumigare – fume, smoke) – method of pest control by complete filling volume of gaseous
pesticides (fumigants), which zadushuyut or poison the pests.

High reliability and quality, compared with an affordable price, ease of use, safety of people using a wide range of action and led to the use of these drugs in 110 countries.

In the Soviet Union fumigants used data from 1980 and 1994 and fumigants FOSTOKSYN MAHTOKSYN registered and used in Ukraine. For all the years of use, there was no complaint, even after 10 years of preparations do not lose efficiency, while keeping a warranty period of 3 years.

FOSTOKSYN MAHTOKSYN and effectively kill all kinds of vermin stocks regardless of the stage of development of grain, mixed fodder, tobacco, pasta, dried fruits, cotton, wool and most cardboard or wooden containers as well as numerous species of insects that are often found in food loads, loads of light and processing industry imported from South-East Asia, Africa and South America.

Fostoksyn Mahtoksyn and can be used in warehouses of any type that are exposed sealing. They are used for processing silo, warehouses, container ships and other cargo holds. According to the IMO (International Maritime Organization) is also possible to process grain and other goods to ships at anchorage.

Gas released by the decomposition of magnesium phosphide (trade name Mahtoksyn) and aluminum phosphide (trade name Fostoksyn) – phosphine has a very high penetrating power. Even hard kozhura fruits and seeds without any obstacles pass gas at the same time as insecticidal liquid and powder can only moisten or fill up the outer shell.

One of the benefits of the drug to the phosphine is that gas easily weathered with processed goods and leaves no residue. Nowadays demanding consumer does not want to have food pesticide residues were, as in Germany, for example, is unlikely to find a resolution to direct the spray treatment of food products. Compared with such means as we see, using phosphine possible to process large quantities of various goods in warehouses with less trudoyemkistyu.

Today there are two formulations of these drugs:
tablets
Plates (tape)
Both forms of the interaction with the moisture contained in the air or in goods, produce phosphine.

Tablets containing as active ingredient 56% aluminum phosphide (trade names Fostoksyn), or 66% of magnesium phosphide (trade name Mahtoksyn), each tablet provides 1 g phosphine and contain an invisible protective gas karbomat from which ammonia is formed. Therefore, each tablet must first smell of ammonia, and phosphine (carbide, or garlic). Thereby providing a high degree of security to a person who works with the drug.

Plates or strips, composed of 56% magnesium phosphide, but do not have some kind of karbomata. They are most suitable for gas disinfection of agricultural products, which have the ability to accumulate strange smell because: – do not contain ammonia; – do not leave a residue, which is removed along with the remnants of plates (films).

Currently used tablets using automatic metering means, but can be made and by hand or by using probes.

Plates most suitable for use:
Container (1-2 pcs. in box);
for processing stacked in piles of bags.
Since magnesium phosphide, which is part of the plate, provides gas and aluminum phosphide faster at lower temperatures, this treatment lasts only a few days.

With phosphine possible to process all kinds of pests stocks. The recommended dose calculated so as to affect the most resistant stage of insects (eggs, pupae).

Application of these fumigants worldwide contributes to solving the problem of storage of agricultural products after harvest. Drugs can be used in all climates. With magnesium phosphide possible to process even at temperatures below 5 ° C, and the time evolution of gas increases. (For cultivation at low temperatures appropriate use of special equipment SPEED BOX, which works using plates.) Processing is possible with a moisture content of goods only 7%.

For all cases phosphine – what is needed. It does not damage the products are processed, and thus guarantees a 100% kill pests.

Especially for small farms provide Ukraine Fostoksyn available in packaging of 300 g and 45 g as preparations can be made by hand, and using the probe. Dosage and duration of fumigation depends on a variety of storage, type of product and weigh